(Item forgotten to be placed in the newsletter of this date) .   I have been informed that K9DJ is now a Silent Key. His company owns many radio stations including WIXX. Duke Wright was also on the top 40 most powerful people list in radio over the last 9 years.
https://www.qrz.com/db/K9DJ  R.I.P.
CALENDAR OF EVENTS..
January 11th – First Siren Net of 2023
January 12th – First Meeting of 2023
January 19th – CQ Tuesday.
Out with the old and in with the new..

We have heard that saying a lot of times and it is not just only when we purchase a new piece  for our radio collage.

As we enter our new Club year, we look forward to the new events and remaking of some of the old.

It has already begun with having a new Board, in as much as a smaller number of members and a change in the ByLaws to accomidate that.

With the new fire department construction at the Pine Tree Park area, the Field Day location will be changing to Four Seasons Park (not sure if that has been solidified at this time) .

Rumor has it that the technical program before the meetings will be reinstated.

The CellComm Marathon is coming back on May21st where some of the members of the Club participate by communicating with the medical crew in the route as well as dispatching busses, vans to pick up runners unable to continue: As well as liaison to the first responders for more serious events. This is a good way to keep up on our abilities for emergency communications. Sign up information will be coming out soon.
Activities: This time of year brings out a list of radio contesting as well as other Special Events. You can find the rules and other info at the ARRL.ORG site.

Yesterday, the 30th, found that winter does not slow down the Parks On The Air guys and ladies.  The 20 Meter band was loaded with them. Meanwhile I was on the search for the Christmas Lighthouses on the air.. Got three up there in Canada… Just have to turn on the  radio and slowly scan the band.

I admire those Special Event folks that operate the events QRP with just 5 watts or less.

This morning, while trying to get my old IC-706 to operate digital, I went to good ol’ You Tube for help. Saw this video on setting up for FT8. I had always stayed below 30 watts on digital anything. This person was showing the set up using 90 watts..pegging the meter… Now I know where those bright red lines show up on the waterfall..

Most of you know N3FJP wrote software mostly for logging. Years ago to instruct their sons for taking the tests for Technician, wrote a simple program to cycle through all the questions in the Technician question pool and while they were at it, did the same for General and Extra. While it was written in an outdated format, they have have re written it and is offering it for free. Amateur Exam Study Buddy. Try it!

DUES ARE DUE: If not paid by March 1st, will be removed from the membership list.

Things  that we have historically scheduled:

at December 31, 2022 No comments:
Email ThisBlogThis!Share to TwitterShare to FacebookShare to Pinterest

The Green Bay Mike and Key Club's annual Christmas party was held at the American Legion. This was catered byJulies, chicken and beef tips were served by our own Scott, KD9LHY. A white elephant gift exchange took place.

There were about 38 people in attendance 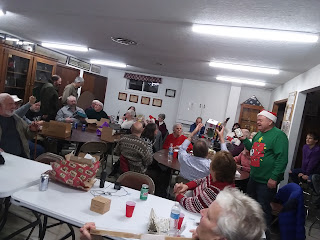 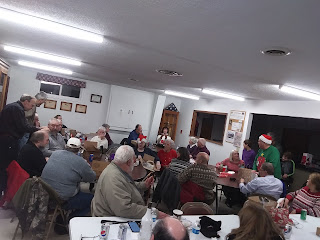 ** It was announced that this coming year, the half hour before the meetings, will see the restart of Tech Talks… 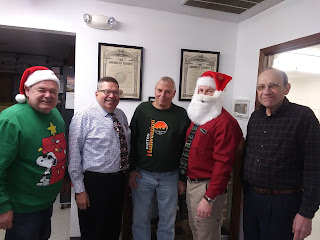 Left to right: WØLFE, KD9HJJ, KA9BXG
Santa aka KBØP, KB3KYH
Activities:
This time of year brings out a list of radio contesting as well as other Special Events. You can find the rules and other info at the ARRL.ORG site.
January 2022
1          Straight Key Night
1          Kids Day  <
8-9       RTTY Roundup
15-17   January VHF
National:
The American Legion has announced  that they will be removing The American Legion Amateur Radio Club (TALARC) from their national programs but encourage the local Posts to continue the program.
New Question Pool for General Class
The National Conference of Volunteer Examiner Coordinators' (NCVEC) Question Pool Committee (QPC) has released the 2023 - 2027 General Class FCC Element 3 Syllabus and Question Pool to the public. The new General Question Pool is effective July 1, 2023, through June 30, 2027.
The new pool incorporates some significant changes compared to the 2019 - 2023 version. Its 432 questions were modified slightly to improve wording and to replace distractors; 51 new questions were generated, and 73 questions were eliminated. This resulted in a reduction of 22 questions, bringing the total number of questions in the pool down from 454. The level of difficulty of questions is more balanced, and the techniques and practices addressed have been updated.
****Kids talk to Santa : As Christmas approaches, many amateur radio clubs carry out an annual tradition of helping kids talk directly to Santa Claus while he is still at the North Pole before his big ride.
Already in operation for the 16th consecutive year, The 3916 Nets are hosting the Santa Net on 3.916 MHz. Kids can talk to Santa Claus nightly via amateur radio at 7:00 PM CST now through Christmas Eve, December 24, 2022. The shortwave net welcomes radio amateurs to help their children and grandchildren get on the air to talk to Santa (third-party rules and regulations apply).
The ARRL is emphisising that December is Youth Month
On December 1, 2022, YOTA begins a month-long, special event to celebrate young amateur radio operators -- YOTA Month 2022. YOTA is Youth or Youngsters on the Air. Amateur radio operators aged 25 and younger will be on all bands using all modes throughout the month to make contacts around the world.
Various YOTA activities and events are organized throughout the world. The International Amateur Radio Union (IARU) Youth in Amateur Radio web page includes additional information and links at https://www.iaru.org/on-the-air/youth-in-amateur-radio.
Stay Radio Active
at December 13, 2022 No comments:
Email ThisBlogThis!Share to TwitterShare to FacebookShare to Pinterest

December 8th – Club Christmas Party
January 12th – First Meeting of 2023
The Green Bay Mike and Key Club's annual Christmas party will be held Thursday December 8th starting with doors openingat  5 p.m. at the American Legion, 1708 N. Irwin Ave, Green Bay. This will be a catered meal starting at 6PM from Julies, Chicken and Beef Tips with a $10.00 cost to all attendees. Bring your own alcohol beverage of choice, Soda and water will be provided by the club. A white elephant gift exchange will occur. Bring one, get one.  Deadline was Dec. 1st. 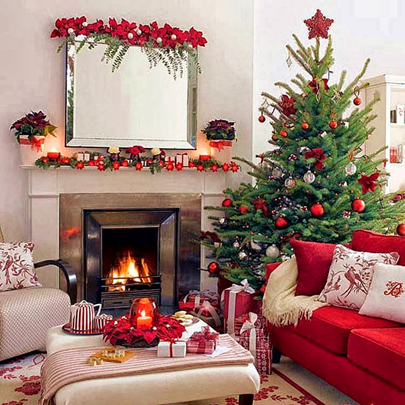 Activities: This time of year brings out a list of radio contesting as well as other Special Events. You can find the rules and other info at the ARRL.ORG site.

Our Treasurer reminded us that we should be paying the dues prior to the first of the year. You can pay with credit card by picking on the PayPal logo from the website or mail your check to Mike & Key Club, P.O.Box 13351, Green Bay, WI 54307
Things  that we have historically scheduled:
December: Christmas Party ---Winter Field Day?.
January:  Set up chairpersons for : 1.Wis. QSO party. 2. Banquet              3. Hamfest. 4. Brat Barn. 4. Field Day.    5. Picnic. If we do not have a chairperson, it will not happen.. ! Are you able to help?
February:Bratbarn dates – NWS Weather
March: WIS QSO – BANQUET-MS WALK