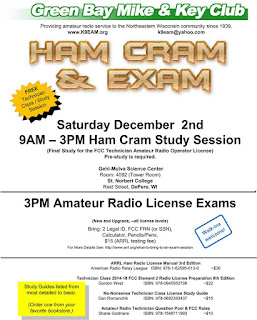 at October 14, 2017 No comments:
Email ThisBlogThis!Share to TwitterShare to FacebookShare to Pinterest

Lighthouses on the Air in 2017 will be held at the GB Yachting Club, Saturday August 5th 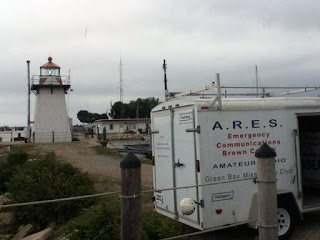 Other:
The 147.36 repeater was removed from Bellin hospital and relocated to the west side of the river in the downtown area. The Kenwood radio has been swapped out for a Motorola.  Give it a try.

The Club picnic will be held August 19th from 12:00pm to 4:00pm at Osprey Point conservation area. It is located at 3320 Monroe Rd/County GV in Bellevue. Please bring a dish to pass. The club will be providing burgers, brats, and corn. 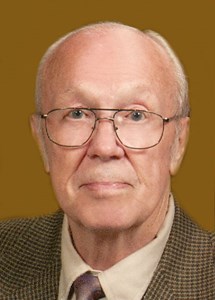 Alton graduated from Central High School after his honorable discharge from the US Navy. During his enlistment, Alton served as staff "morse code operator" on various ships, including the aircraft carrier USS Franklin D. Roosevelt. Alton was a born salesman, from Lindsay's Water Softeners to "Carver Boats" (the very first "on the road salesman" they had). Alton worked as a car salesman for several motor company dealerships including Mercury, Lincoln, Continental, Ford, Chrysler and he even sold R.V.'s. He won many awards for his talents in sales. He was always a "Ford Man."

Alton met his beautiful wife, Kathryn Hedstrom after his service in the Navy and married her, January 22, 1949. They shared 68 loving years of marriage and were blessed with 7 children. Alton was very proud of his 7 children.

Alton enjoyed building and flying radio controlled model airplanes for 25 years. His favorite hobby was Amateur Radio, which he learned from his father at an early age. He obtained his first FCC "Ham Radio" operator's license in the 1960's. Alton volunteered as an radio operator for the Green Bay Mike and Key Club where he conducted monthly testing of the Brown County Emergency Warning Systems. He was awarded a plaque for his 25 years of service to the county. He also had fun in his early years keying "morse code" across the continent, communicating with fellow enthusiasts.

He was preceded in death by a son, Thomas A. Janelle and son-in-law, Edmund J. Sladewski, Jr.

Visitation will be held at NEWCOMER FUNERAL HOME (340 S. Monroe Ave., Green Bay), Wednesday, May 24, 2017 from 4 to 6:45 PM, concluding with a prayer service at 7PM. Visitation will continue at ST. FRANCIS XAVIER CATHEDRAL (140 S. Monroe Ave., Green Bay), Thursday, May 25, 2017 from 10 to 10:45 AM. A Mass of Christian burial will be celebrated at 11 AM with Fr. Joseph Dorner officiating. Full military honors will be rendered at the conclusion of Mass. Interment will be in Allouez Catholic Cemetery.

at May 18, 2017 No comments:
Email ThisBlogThis!Share to TwitterShare to FacebookShare to Pinterest
Labels: sk

Brat Barn dates are May 7th at De Pere's Festival foods, and May 13th at the new University Ave location.


at May 05, 2017 No comments:
Email ThisBlogThis!Share to TwitterShare to FacebookShare to Pinterest

Please RSVP by Tuesday March 14th and let me know the number of guests.  kb9uae[at]gmail.com

at March 04, 2017 No comments:
Email ThisBlogThis!Share to TwitterShare to FacebookShare to Pinterest

Getting involved with things.

Over the past year / months a lot of general chatter and some club announcements have been made on the Green Bay Mike and Club's Facebook group.

We will try to keep things posted here as well as we have been doing, as the club website serves as a public point of information and contact to officers etc.

CQ Tuesday Lunch gatherings are held at the Bay Family Restaurant on Military Ave.  They are held the second Tuesday each month and start at 11:30am.  This tradition was started by the late Jerry Van, W9VOW when he owned the Downtowner.

Matt, KC9UHI still hosts a HAMDig message board for discussion of All things Amateur Digital Radio.

And if you are looking to mentor a younger generation of potential hams, consider getting active with Proto GB, which meets at the Central Library.

And lastly of course, the Club meetings are held the second Thursday each month at St. Norbert College, and include a Tech/Talk that is held before the official start of the meeting, which is 7 PM.  Consider volunteering to give a talk about an area of the hobby that interests you.

More information can be found on the right hand site of the website.
at January 06, 2017 No comments:
Email ThisBlogThis!Share to TwitterShare to FacebookShare to Pinterest
Newer Posts Older Posts Home
Subscribe to: Posts (Atom)